This writing originally appeared on my weekly newsletter, Logic + Perspective. If you enjoyed it, please consider subscribing here to get my writings every Sunday. Only a few samples will make their way onto the website. 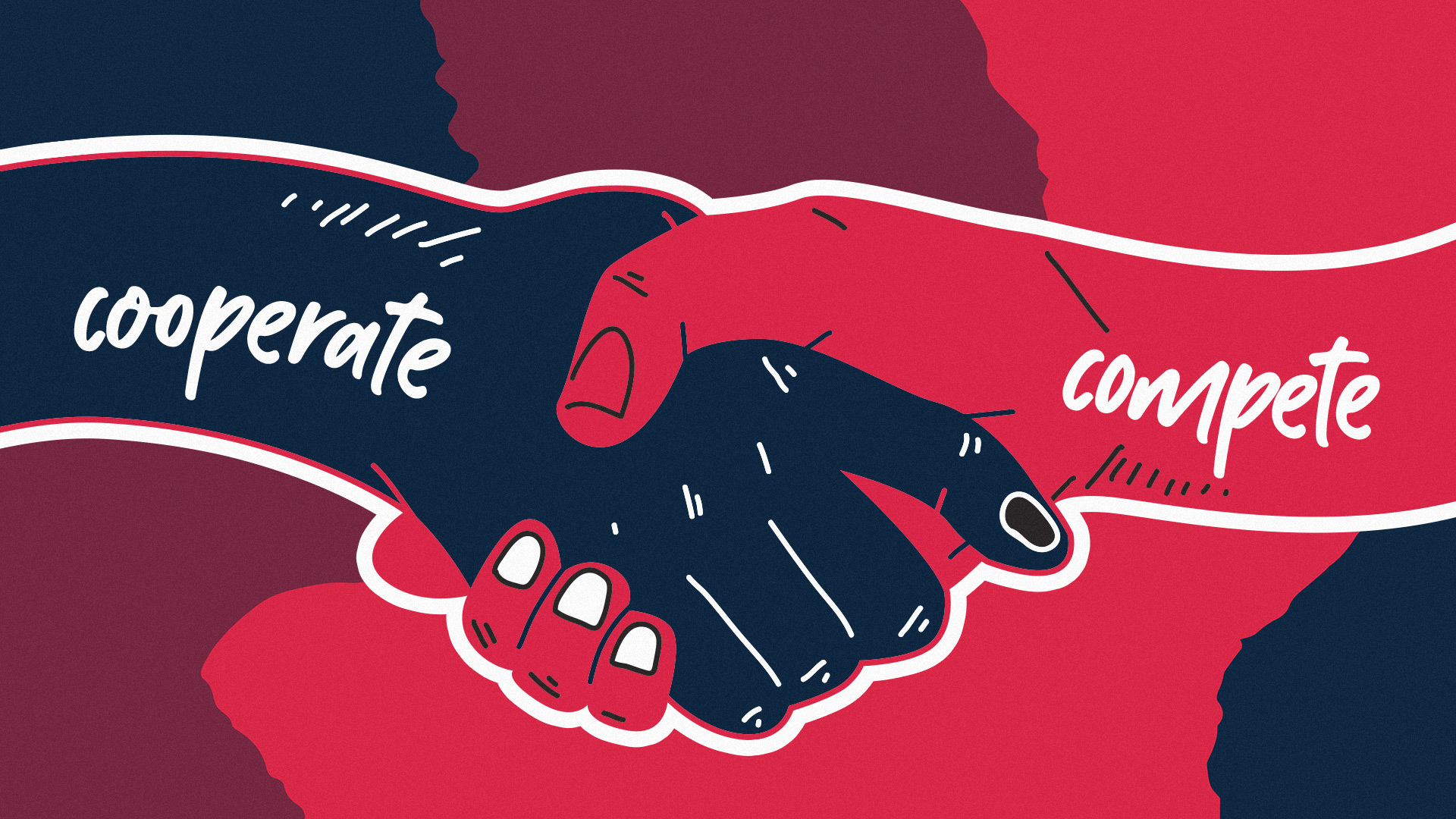 To Compete or Cooperate?

If you’re no stranger to technology you’ll know that the main difference in philosophy between Apple and Google is the idea that Apple is more of a “closed” company while Google is more “open.”

What that means is that Apple is more private and highly protective of its code and its products. To elaborate further, it’s much harder for outside developers to build on top of iOS and outside manufacturers to develop peripherals that can work with Apple products.

On the other hand, Google produces both software and products that are more friendly and open to outside developers to work with and build on top of with their own code and ideas.

Is one direction better than the other? It depends on who you ask.

If you are on the Apple side: You’ll say that they’ve been able to reap incredible benefits from controlling their entire ecosystem, getting customers committed to buying multiple products and being the sole gatekeeper (and taking a cut) of almost all apps that can be used on their devices.

If you are on Google’s side: You'll say they’ve been able to evolve at a much faster rate, their products are in much more people’s hands because they are both cheaper and there’s no limit to who can get involved and launch their own ideas on Google products.

When it comes to the way I approach my own ideas and businesses, I always grapple with this question of which side I should land on. Should I be more competitive or cooperative?

If you have an idea that you think is going to be the next greatest thing, when and how do you start sharing it?

Do you want to develop it to a certain point plus put additional work into measures to protect it from being copied or stolen? This means putting in the work and investing resources to develop your idea out to a certain point. Not only that, you also want to invest time and resources into things like maybe trademarks, copyrights, patents and or publishing it in order to protect it. While this may take a lot of time, money and resources upfront—if it turns out to be successful you’ll get to reap all the benefits.

Do you start sharing pieces of it immediately to collect feedback without concern for if someone might figure out what you’re doing and try to copy or steal it? While there is a much higher risk, you didn’t have to waste so much time and effort to figure out whether or not it would have any legs.

This question of whether to be cooperative or competitive also comes into picture when developing approaches for businesses.

Are you more cutthroat and invest in efforts to crush your opponents and dominate your industry?

Are you a lot nicer and want to invest in efforts that promote the overall industry—that doesn’t just benefit you but also benefits your peers? In some cases there’s no guarantee that what you do may benefit the others more than yourself.

Where do you find yourself leaning more towards? Is it better for you to take a more competitive stance and be protective of your ideas or to be more cooperative and open with your ideas?

A long time ago I would have found myself leaning more towards the competitive side of the spectrum, but I can recall one particular moment where my perspective completely shifted over to the cooperative side.

It was during a talk I attended while I was at a conference by Scott Jenson (of course from Google, but previously also worked for Apple), where he showed an image to make a point about the potential of following an open philosophy.

Why does this perspective make sense? The theory goes like this…

If you are competitive and don’t share your ideas nor allow others to build upon it, your industry will only grow as big as you allow it to by just yourself and the resources you have access to.

If you are cooperative and open up your ideas and efforts to a bigger community to contribute to and potentially share the market with, there’s no limit to how big it can grow beyond your own contributions.

There are way more unseen benefits that come with being cooperative. I always say it’s better to be nice than to be an asshole. If you’re fairly unknown, not only does being cooperative raise your standing with others but it will also lend yourself to way more opportunities, which can grow your circle much bigger and faster than if you were to keep everything to yourself by staying competitive.

I’ve grown to become more cooperative because I believe in statistics, and I believe that there are more good people than bad. If I have an idea that truly is good, it would be much easier for a person with more resources to hire me to do it for them, than to hire another person to do it instead of me.

Even if I refuse to work for someone else who wants to buy my idea, if I truly have a vision for how it can be most successful then I should always be able stay a step ahead of anyone trying to copy it.

In the case where I can’t stay a step ahead and the copier ends up doing a better job at my own idea than me—my idea has probably become bigger than I could have imagined it myself. Maybe the market decided that my vision for my idea wasn’t the best one. In either case if I inherently worked towards “good” ideas, this is still a net benefit for society even if I may not personally benefit from it the most.

To that I say c’est la vie.

In 2014, way before Tesla became as big as it is today—and some might say in the most competitive period of its time with the biggest and richest automakers in the world—Elon Musk opened up all of the patents for Tesla, claiming that he wouldn’t initiate a lawsuit against anyone who copied the design of their electric cars. The argument was that if someone else was able to make their cars better than them, it would be much better for society as a whole. The world could accelerate to fewer carbon emissions faster than Tesla could accomplish on their own.

If your ideas truly are good or you truly have a grasp for where you want your ideas to go, you should always have the vision to do them better than anyone else. Copiers will always be one step behind your last move and if someone else can truly do your idea better than you, then maybe it’s better off that way for society as a whole.

And this is why I choose to cooperate.

This writing originally appeared on my weekly newsletter, Logic + Perspective. If you enjoyed it, please consider subscribing here to get my writings every Sunday. Only a few samples will get posted onto the website.